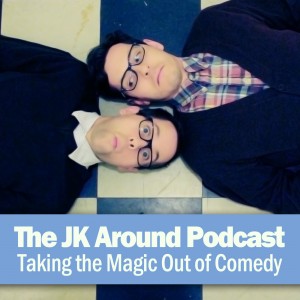 This episode begins with a bit of a weather report, which is unusual for our podcast. It’s the rainy, snowy, beach-weather season in the Nation.

For the second time, a guest begins to talk before they’re introduced on the podcast and it excites the dynamic comedy duo that is the JK Around. The guest is another comedian from Canada, this time Toronto (city).

Our comedian today is Justin Laite! They get right into the conversation by discussing the sure fire, 100% score of a joke which is a pun on his last name. Every comedian needs these jokes in their arsenal. Justin describes himself as creative AND clever.

Then the team gets into discussing a literal gravy train which ends up leading us into the fact that Justin used to be a little overweight. Spoiler alert: he is now straight built like a brick house. 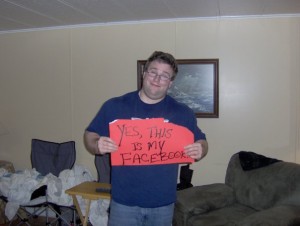 Before getting too much into the weight story, we meet Jay Freebourne who came to the nation with Justin. He’s also a comedian and sits in on our podcast. We didn’t shun him or treat him like he was imposing, Joel and Kevin welcomed him gladly. Don’t worry, he doesn’t say much. 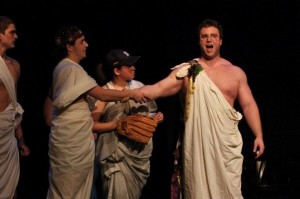 Joel then asks the important question about whether getting fit was a negative in Justin’s comedy. You have GOT to hear his answer! It will ASTOUND you!

We then discuss the people of poverty in the nation who throw parades, confetti and celebrate incoming tourists for tips. 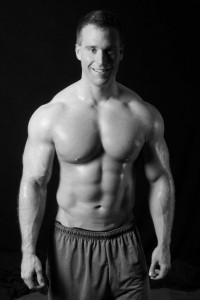 Then we get the skinny (hilarious pun intended) on Justin’s Japanese Sumo wrestling days.  This was when he lived in a Cape Breton Trailer Park. And the reveal comes that he is the HULK HOGAN of comedy! This is only the first reveal. There’s an even bigger one later!

Then we hear a beautiful story about a commercial Justin did for which he gained a sample of the deodorant he was selling and a ROYAL BLUE towel (as seen in said commercial)!

Then they discuss dreams and who you can be in your dreams (whoever you want)! And what Kevin would do with muscles and if Justin feels alienated because comedians are ugly, but he’s hot now.

And then we learn that Justin is the king of the riffs in Toronto. He takes a subject and riffs on it! We learn HOW! He also writes on stage, which we discussed in earlier ‘casts. How does that inform his riffs? And then the idea of crowd work comes up. How does that fit in?! (Tune in!)

They discuss the comedy of Zack Galifianakis Live at the Purple Onion and how Justin is basically a fit Zack.

So, then they get into the segments starting with “What’s the Difference Between Me and You?” Through this segment, there is a very incredible reveal, which I won’t give away here.

Then we get into “Give us a Handle“!

The next segment is “Tweets” and it sucks again.

Kitt from Knight Rider was the original Siri.

Then we do “Can I Be Your” with a bit of an urban slant to it. Spoiler alert: it’s pretty dope!

Next we get right into “Comedy Soup“!